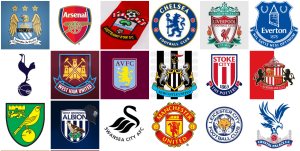 With just a few days to go to the start of the 2015 season we announce the most influential football clubs in the Premier League according to social media influence scorekeeper, Klout.

We’ll be updating the list on a weekly basis. It’ll be interesting to see how the clubs’ success on the pitch translates into social media influence off it.